Road trips are fun, memorable and give us all that real sense of adventure. So, get that playlist lined up, pack your snacks and remember your essentials as we help you choose some of the most scenic and thrilling road trips in Tennessee with five of our favorite routes in the state:

As the name suggests this is a road that takes you higher and higher. Starting at a low point of 900 feet, it winds its way through North Carolina and East Tennessee to reach a high of 5400 feet in just 43 miles. Stunning vistas will take your breath away and you can have lunch at one of the various picnic areas en route. Valleys, forests, lakes, creeks and even a cascade waterfall all feature on this stunning road trip that is becoming increasingly popular in motorcycling and sports car enthusiast circles for its long, sweeping corners, scenic views and cool summer breezes. Be aware that it becomes more dangerous at night and in the winter months. This is an isolated stretch of road with no facilities so make sure you have enough gas before you leave.

Starting in Florida, this auxiliary route of US 29 runs for 582 miles through Georgia and North Carolina too before ending in Tennessee. US 129 enters Tennessee to the west of Great Smoky Mountains National Park and beside Chilhowee Lake. The reason this route is famous is for a stretch in The Volunteer State that has a whopping 318 curves in just around 11 miles of road in a mountain pass running alongside the Little Tennessee River – this specific section has become colloquially known as The Tail of the Dragon. It is the part of the US 129 route which makes it especially popular with thrill-seekers whether that be on two wheels or four.

This lonely and historic road is considered one of the most scenic in the whole of the United States and has been designated as such by the Federal Highway Administration. The Old Natchez Trace goes all the way back to the early 1700s when sections were Indian footpaths and animal trails, however, the modern route was started in the late 1930s. This road takes you from the heart of rural Tennessee all the way down to the neighboring state of Mississippi. You will pass through forests, farmlands and state parks and for the most part you will experience unspoiled scenery – no utility poles and no billboards spoiling your views. You can stop at a waterfall or wooded creek or take in the various pieces of history along this route such as the Indian burial mound, a once thriving town that no longer exists or some of the Civil War battlefields in Tennessee. Given the length of the parkway (444 miles), you may want to bring along your camping gear to pitch up in one of the three designated camping areas.

This beautiful section of Highway 64 was the first designated national forest scenic byway in the United States. This route is known locally as the Ococee River Gorge or the Old Cooper Road, the latter because it was an old copper mining route in the 1800s. Especially look out for when you reach the mouth of the gorge as you’ll find the Ococee Whitewater Center where the 1996 Olympics whitewater rafting was held. So if you are in the mood for some thrill-seeking on water rather than just on road, then take on this once in a lifetime adventure with us. Other highlights include Liberty Bridge, hiking trails as well as historic sites related to the Civil War and Cherokee Indian culture. This route is only 30 miles but it is rich in history and with creeks, forests, mountains and lakes making it one of the most beautiful in the state.

Not as well known as our previous suggestions or quite as classically scenic as the others on our list, but this one is popular with locals in East Tennessee and also those looking for an adrenaline rush. This 45-mile loop is not for novices with its tight curves and twisting corners that leave you inches away from the mountain edge and gives it its sinister nickname. From start to finish you will climb nearly 3000 feet while driving the loop as well as taking in some breathtaking views. This road can look quite bleak in winter, but in fall it has some wonderful color to match the rugged terrain featured on much of the route. Highway 116 takes you through remote mountainous areas with old coal mining villages and company towns that are now ghost towns.

Whichever route you choose, just remember to drive carefully and make sure you have enough gas to get from A to B as most of these routes are on isolated stretches of road, which is of course part of their appeal. 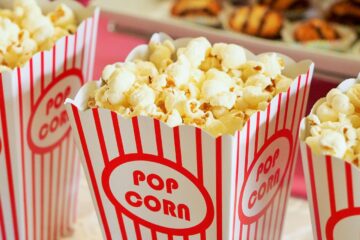